How to Store Quinoa for Maximum Shelf Life

To the Incas, quinoa was known as a superfood with the ability to extend the lifespan of those who consumed it. Its health benefits have been known for thousands of years by ancient cultures, and it has only become known to the rest of the world in the past few decades. Now, you can find quinoa all over the world and take benefits of this superfood. As we prepare for SHTF scenarios, it is important to have long lasting foods that can provide numerous health benefits. For this reason, we think it is important to learn how to store quinoa for maximum shelf life.

The shelf life of quinoa varies depending on the type of container. When kept in a 5 gallon bucket, quinoa can be stored for over 20 years. Quinoa can also be stored in mylar bags which can keep quinoa fresh for up to 8 years. Mason jars are also an effective way to store quinoa as it can keep it fresh for 2-3 years. The quinoa we consume is the seeds that come from the quinoa flower. It’s a type of flower that belongs to the Amantha family and is native to the Andean mountains in Peru and Bolivia. Since quinoa grows on a flower, it is not a grain. However, it is often grouped with rice, barley, and wheat because of its texture and taste. Still, it can be used in place of grains as a healthy substitute for grains.

There are dozens of quinoa varieties, according to the Whole Grain Council, but the most widely available quinoas are:

Quinoa has been cultivated in Peru for over 4,000 years and was seen as a miracle plant by the Inca people, as they would call the “Mother Grain.” Despite its widespread use in Peru and Bolivia, it has only become popular internationally in recent years as the health benefits of quinoa have become better known.

Today, quinoa is widely available and can be found in most supermarkets and on the internet. Additionally, quinoa is commonly used in flour, bread, and to produce other foods.

For preppers, quinoa is a great prepper product because it is less perishable than other foods, has numerous nutritional benefits, and can be kept for decades.

There are so many health facts of quinoa that it is almost surprising how numerous they are. What is unique about quinoa is that it is a complete protein, unlike many other plant based foods, meaning it provides all the amino acids needed to build proteins. Proteins are important for the body because they help make new cells and repair older ones. Every cell in the body needs proteins.

Additionally, quinoa is high in fibers which help you feel full longer and fight against constipation. This will also help improve bowel health and helps lower cholesterol levels.

Another benefit of quinoa is quinoa is high in antioxidants which can help prevent damage to essential organs and prevent disease. Quinoa can be a great source of antioxidants for those seeking gluten free food options.

It is also high in vitamin B and vitamin E, which have a direct effect on energy levels as well as the health of your vision, skin, blood, and so much more.

Quinoa is a good source of:

Quinoa is filled with numerous macro and micronutrients. 1 Cup of quinoa contains: How to Store Uncooked Quinoa?

We have heard too many stories of food spoiling before its expiration date because of placing food in the incorrect storage location. So to prevent that from happening to you, it is important to know how to store quinoa properly. Fortunately, storing raw quinoa isn’t complicated.

Before beginning the food storage process, you should know the goal is to reduce exposure to 1) moisture, 2) oxygen, 3) heat, and 4) direct sunlight. Once you remove the elements that cause spoilage, it can be safe to consume for at least two years and as long as 20 years in the proper storage location.

Recommended methods for storing quinoa are:

Including oxygen absorbers with the quinoa will extend the shelf life longer. The oxygen absorbers slow down the aging process and reduce the moisture in the seeds, preventing mold from spreading throughout your supply.

What are the Best Storage Methods for Uncooked Quinoa?

For shorter term food storage, raw quinoa can be stored in an airtight container such as a mason jar for 2-3 years. Mason jars are recommended when you expect to use the quinoa over the next year or two.

Although PETE bottles can be used for storage purposes, we advise against them because they are not as effective in protecting against direct sunlight and heat.

Yes, uncooked quinoa can go bad; however, it can be stored for a long time. The main reason for spoilage are exposure to moisture and oxygen, which encourage mold to spread. This is why uncooked quinoa should be kept in a cool, dry place.

Consuming bad quinoa is both unsavory and can lead to foodborne illnesses. However, this could be prevented by noticing the signs of mold or insects in your batch of raw quinoa. When looking for mold, be attentive to any holes or dampness on the container, as this would increase exposure to mold causing factors. Can you Freeze Uncooked Quinoa?

Yes, uncooked quinoa can be frozen and stored in a freezer. For safe storing, frozen quinoa can be kept in mylar bags and 5 gallon buckets. However, it is not necessary, and you may want to keep the space available for other food items such as frozen meats.

At room temperature, dried quinoa properly stored in a 5 gallon bucket can be kept for over 20 years. Quinoa stored in a mylar bag has a shelf life of up to 8 years.

How to Store Cooked Quinoa?

Cooked quinoa in the refrigerator will last about 7 days. However, to ensure the quinoa lasts until then, it should be protected in an airtight container to ensure it retains its flavor and freshness.

After 7 days, the cooked quinoa should be disposed of because it can cause a foodborne illness. If you expect to use the quinoa after a week, it is suggested to keep the quinoa in a freezer.

Can you Freeze Cooked Quinoa?

What happens if you Eat Bad Quinoa?

For someone who consumes bad quinoa, they may find themselves with food poising, which can lead to stomach pain and nausea.

The signs of bad quinoa are not always clear, but you should be on the lookout for an off odor, discoloration, and mold. If you have any thoughts the quinoa may be spoiled, it is better to dispose of it than risk illness. Is Quinoa a good Prepper Food?

Quinoa is a superfood and can be an excellent source of calories and nutrition in a SHTF scenario. Fortunately, quinoa is easy to find as it is located in most grocery stores.

When it comes to food storage, quinoa is incredibly convenient. It can take the form of numerous containers and can be stored for over 20 years if stored properly.

Also, one of the benefits of quinoa is that it can be used for any meal of the day. It can be used as a breakfast base in stews and salads and take the place of rice, barley, or wheat in a dish. The flavor of quinoa is subtle, so it doesn’t overpower meals. And of the benefits of eating quinoa is that it provides the eight essential amino acids that form complex proteins and other nutrients such as Zinc, Potassium, Iron, and Cooper.

Additionally, it is easy to cook, and the steps are similar to cooking rice. It can also be kept in cold water overnight.

All in all, quinoa should be considered for any prepper who is considering building their emergency food storage location. Quinoa is a versatile ingredient that can provide you with calories and nutrients in a SHTF scenario.

Learning how to store quinoa properly will allow you to have a healthy and nutritious food source. Uncooked quinoa stored in 5 gallon buckets stays edible for as long as 20 years. It can also stay fresh for as long as 8 years in a mylar bag and 2-3 years in an airtight container.

When it comes to cooked quinoa, it can be stored in a refrigerator or freezer. Refrigerated quinoa has a short shelf life of less than a week. However, cooked quinoa stored in a freezer will have can still be consumed 4 months after being stored.

If you are looking to build an emergency food storage, it would be a good idea to prepare quinoa for long term storage. Although it is not a grain, it is a close substitute filled with essential amino acids and vitamins. And as a plus, it is versatile, so it can be used in many recipes where its taste and texture complement other flavors. Get our latest Articles
Subscribe to our Newsletter today!

Get our latest Article and eBook
Subscribe to our Newsletter today! 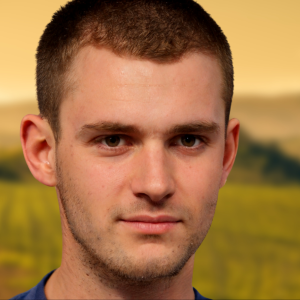 Saul is a founder and editor of Soulful Prepper. He previously worked as an emerging technology advisor to companies and governments. But now, he makes his living by advising people on prepping and holistic living. In his personal time, he enjoys hiking with his wife, biohacking, reading about history, and embracing his spirituality. How to Filter River Water for Showering

Whether you are doing an overnight hiking trip or a homesteader, it is important to learn how to filter river water for showering. 12 Ways to Purify Water at Home

Learn 12 different ways to purify water at home to become self-sufficient. Find the best water purification method for you. How to Store Grains Long-Term

Grains can be stored for up to 30 years and are essential for any emergency food pantry location. Learn how to store grains long-term. Our team brings over a decade of experience in prepping and holistic living. We share our knowledge with you, here on Soulful Prepper. Read more about us, here. We can be reached at contact@soulfulprepper.com

SoulfulPrepper.com is a participant in the Amazon Services LLC Associates Program, an affiliate advertising program designed to provide a means for the sites to earn advertising fees by advertising and linking to Amazon. This site also participate in other affiliate programs including but not limited to ShareASale, CJ, and ClickBank, and is compensated for referring traffic and business to these companies.

Get our latest Articles, eBooks, and Deals Subscribe to our newsletter today!